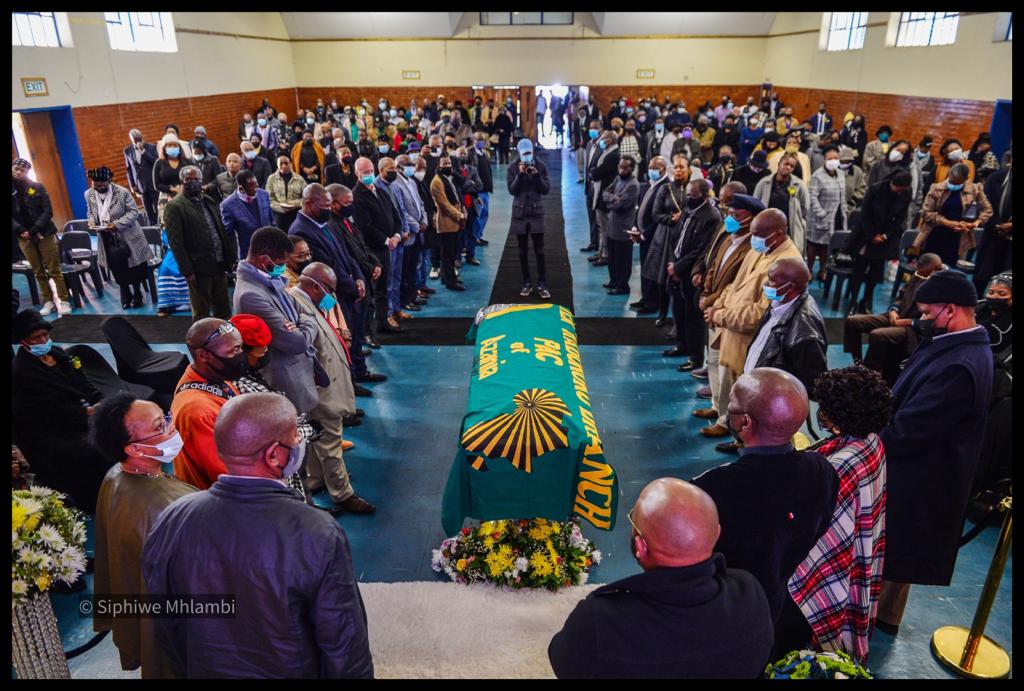 I met the lanky Bra Mike Ndumiso “Sponono” Mzileni when I first joined the City Press newspaper in February 1998 as an intern journalist.

I was fresh from ML Sultan Technikon, now known as Durban University of Technology and was grateful to learn a lot from this ace photographer. I worked closely with him at the Joburg office for a year before I was transferred to the Durban office.

I won’t claim to have worked with the veteran photographer for too many years since he retired in year 2000.

As a student journalist, I was surrounded by the most experienced editors, journalists and photographers at the Jozi headquarters.

This gentle giant Bra Mike is one of those that made me feel comfortable at work as a student journalist.

Without boasting, he always urged me to take my work seriously – no matter how big or small I perceived that story.

A few days after arriving at the newspaper, I was told to cover a story of world boxing champion, Jacob “Baby Jake” Matlala at the Baragwanath Hospital in Soweto.

Then news editor Derrick Luthayi assigned me and photographer Tladi Khuele. Bra Mike said we must come with beautiful photos of a young cancer patient’s wish of meeting his hero and idol Baby Jake.

We performed to the best of our ability, although I was star struck just by meeting Baby Jake Matlala for the first time.

Bra Mike warned me to focus on the story just because I was going to meet the world champ for the first time. What struck me about the story we did, was that Matlala asked that we pass his regards to Bra Mike Mzileni. A few weeks later, I had to do a story with experienced journalist, Mapula Nkosi.

The expose` was about illegally-run schools in and around Joburg. We had an extensive meeting with other senior Editors who wanted to make sure we didn’t make a mess of a story where the culprit Mr Moyo was going to bribe us with a hefty amount of R10 000.

Since Khuele was going to be the photographer, and there were undercover cops who were going to pounce after the bribery, Bra Mike told us to be extra careful and not drop the ball.

He didn’t want Mr Moyo to get away scot-free from cheating the young kids who were being taught at an illegal school.

So he briefed us and told us to make sure that we tread carefully and bring a story with photos exposing the culprit handing us the cash.

He also said the story would be complete with Mr Moyo being handcuffed on the scene.

Things went as planned, and I realised I had already arrived in the journalism world – with the help of veterans.

Playing a part of being a parent, Bra Mike told me to stay focused, and insisted that I must read all the time.

In one of the assignments we went to do a story together, he told me about how he covered the 1976 Soweto uprisings and took iconic pictures.

He told me about the who’s who of the showbiz industry he’s met and worked with.

A year before I joined City Press, he co-wrote a book with colleague and friend ZB Molefe.

Their book titled Common Hunger to Sing: A Tribute to South Africa’s Black Women of Song 1950-1990 was published in 1997.

In making sure I became an avid book reader, he took me to formally meet ZB Molefe.

He said: “Mr Molefe, please assist this young man with your books to read and review when he’s ready.”

Molefe was the newspaper’s book reviewer and I was up for the challenge. I spent several hours with Molefe to learn about the art of reviewing a book, and it actually helped me.

A few months into reviewing books Molefe forwarded an invite meant for him to appear on the SABC programme Take 5.

Molefe explained to the producers that it would be best for them to use my expertise, saying he was getting old to appear on a youth show.

The plan worked wonders because I got a few invites to appear on Take 5.

Bra Mike said he did book with Molefe to keep the history of black female musicians alive. That’s who he was.

He always told me to respect the subjects I was writing about. While our Editor-in-Chief Khulu Sibiya wasn’t fond of me working with celebrity photographer, Thulani Sithole, instead Bra Mike always said working with Sithole was an added advantage for me.

“Thulani is a streetwise and great photographer. Just make sure when you work with him, you learn a few tricks of story gathering,” he said.

Bra Mike was so passionate about his job that he took about 15 minutes in taking my byline picture.

At his funeral on Thursday, Bra Mike was hailed as a photographer who risked his life just to get that perfect photo.

The mourners heard that he loved his family and always carried an infectious smile. He was a strict disciplinarian.

Former colleagues spoke about Bra Mike being a counsellor where he would talk to colleagues at the dark room where he solved problems like a father figure he was.

Bra Mike was one of the senior editors who always represented us well as journalists at management meetings.

He also covered stories of life in the hostels, Yvonne Chaka when she was still modeling and the fairytale wedding of Brenda Fassie to Nhlanhla Mbambo.

His iconic and dramatic photos were relayed on a slide show during his funeral service at Diepkloof Hall.

He was known for his powerful quotation: “The camera is more powerful than an AK-47.”

The husband, father and grandfather, celebrated his 80th birthday in January this year at Niki’s Oasis in Newtown, Joburg.

His other contribution in the literature world includes the book All That Jazz: A Pictorial Tribute.

The book features jazz musicians like Jonas Gwangwa, Kippie Moeketsi and Hugh Masekela among others. Bra Mike took his last breath on June 1. Both of them were born in January. Bra Mike was born on 16 January 1942. Mzileni retired from City Press in 2000 having joined the paper in 1982. He worked for various publications in a career spanning over five decades including The World, Sunday Express, Rand Daily Mail and the Sunday Times.

Bra Mike was buried on June 9 at Nasrec Memorial Park. His coffin was draped in a PAC flag. – news@mukurukuru.co.za