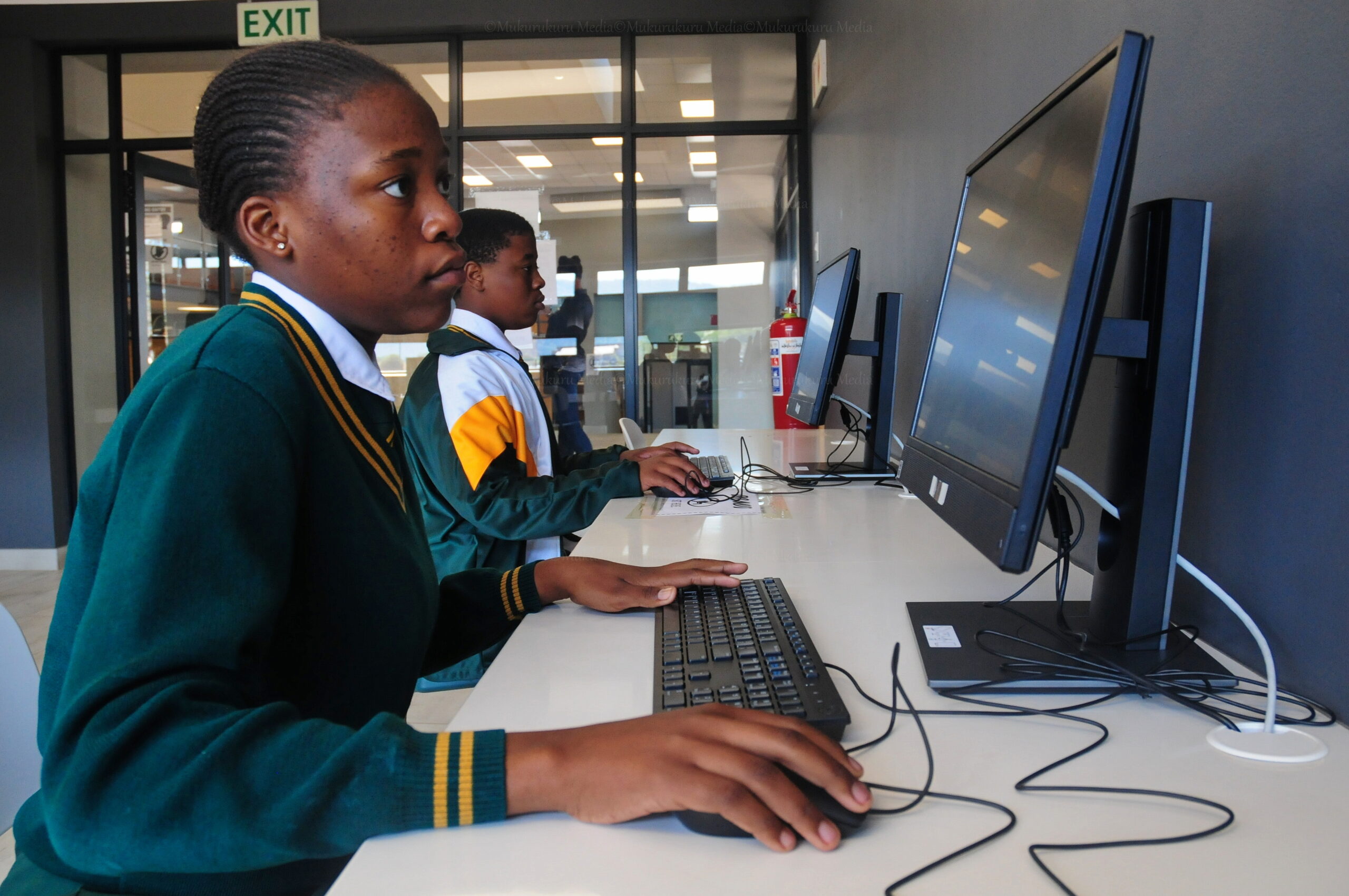 GRADE 11 learner Charles Hlongwane had never been in a library until the recent official opening of the Seleteng Library in Seleteng, Ga-Mphahlele in Limpopo.

Hlongwane was among scores of learners who marveled at the new structure, which the provincial Department of Sport, Arts and Culture (DSAC) sport, arts and culture MEC Thandi Morak said cost R22 million and was built in partnership with the Independent Development Trust.

The library in Seleteng boasts a computer lab that will offer users free Internet access, a children’s playroom and discussion rooms to enable learners to dissect important educational matters.

According to the Department of Co-operative Governance and Traditional Affairs’ district development model analysis report the Lepelle-Nkumpi Local Municipality, which is comprised largely of rural villages has the highest unemployment rate at 26.8%. The building of the library in Seleteng has ignited excitement among the local populace.

“There is no library at my school. We only study in class and at home. Before today I had never been in a library. I am excited to see the computer lab,” said Hlongwane, a learner at Kgagatlou Secondary School.

In its annual performance plan for 2022/23 the DSAC revealed that it is managing a total of public 96 public libraries through service level agreements with municipalities and 12 of these are modular libraries in remote and rural areas.

Only 17% of libraries in the province are located in Lepelle Nkumpi according to the DASC.

Koketšo Mathabatha, a teacher at the Matsobane primary school said they have a library at their school it only has books that are relevant to the educational curriculum.

“This library will help learners when it comes to research projects. They will be able to come here and add to what we already teach them in school. It will also help them understand that learning does not stop when you leave the school premises,” she said.

Community leaders and residents encouraged the community to protect the facility and ensure it doesn’t get vandalized or destroyed during civil protests.

“These books belong to your children. We cannot be speaking about a development agenda when our children are not reading books. This library should produce engineers, doctors, ministers and presidents in future,” Moraka told guests at the official opening.

Seleteng, like most rural villages in Limpopo faces acute water shortages. Moraka said the Department of Sport, Arts and Culture is working with the Department of Water and Sanitation to address the water challenges.

The 2019 General Household Survey by the Statistics SA revealed that shortage of books was mentioned amongst problems faced in public schools in Limpopo and across the country. The DSAC noted that it has an estimated backlog of 218 new libraries if every ward must have a fully functional library. In its annual performance plan 2022/3 the DSAC says the planning and design stages of the four new libraries, Botshabelo, Vleifontein, Tshaulu and Sekhukhune have been completed and construction phase for the four new libraries is expected to commence in the first quarter of the 2022/23 financial year.

But secondary school learners Khomotšo Matabane and Thero Mphahlele will now only walk just a few hundred metres from Ngwana Mohube Secondary school to the new state of the art library at Seleteng.

The pair who are in grade 10 were excited as they walked into the library on Friday morning, exclaiming with disbelief when they saw the computer lab for the first time.

“We were just amazed that we could find a computer in the library. I never expected it,” said Matabane.

Mphahlele who together with Matabane take computer literacy as one of their school subjects. Although their school does have computers, they struggled to do practicals after school hours due to high costs of data and lack of computers at home.

Mphahlele who hopes to be a computer scientist one day said the new library will help learners improve their reading ability and computer literacy. – news@mukurukuru.co.za