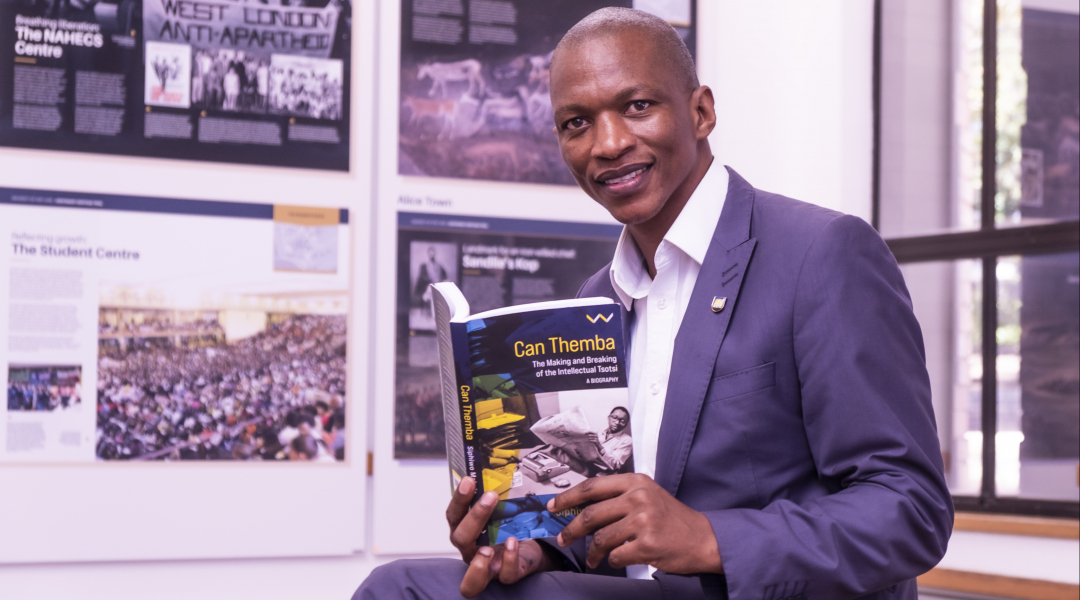 Author and academic Dr Siphiwo Mahala has added to his literary crown another jewel on the life and work of the legendary journalist, author and philosopher Can Themba. Photo: Supplied

CAN Themba – The Making and Breaking of the Intellectual Tsotsi is a captivating piece of work chronicled by Dr Siphiwo Mahala, arguably the most clinical contemporary scholar of Can Themba. It is a treat for those who appreciate the African literary work and those fascinated by how literary culture contributed to the revolution of liberating black people from the chains of apartheid and white supremacy.

Mahala brings forth the dynamisms of the character of Can Themba, born Daniel Canodoce Themba, in a simple dictum usually unexpected from a seasoned scholar or academic who is now a senior lecturer in the Department of English at the University of Johannesburg. “To understand Can Themba, to and the forces that made him and broke him, we need to get inside the House of Truth where his life unfolded” (Mahala, 2022).

Mahala let us inside the House Of Truth, Can Themba’s famous place in Sophiatown for frank debate and intellectual discourse. He welcomes a reader with a shocking discovery made by a student who found his teacher lying in bed motionless after several knocks on the door.

The student was a 25-year-old Pitika Ntuli on Friday,8 September 1967. It is truly unusual to deliberately start with a death. This in my view ferments to the reader’s state of curiosity a thought proving suspense.

The book comprises five chapters and each page is effervescent of voices from various people who interacted with the man, Can Themba himself or his work. The list of interlocutors included the former National Poet Laureate the late professor Keorapetse Kgositsile, former colleagues and writers Nadine Gordimer, Lewis Nkosi, professor Muxe Nkondo and family members Anne Themba his wife and Morongoa and Yvonne Themba his daughters.

What makes this a treasure throve of collector’s item is the different perspectives on the subject of the book that Mahala managed to harvest over a twenty years of study from many people. It is reflective of Themba’s personality that is multicoated.

Talking about biography and what it must achieve, Professor Zakes Mda observed: “Biographers insist that a true biography narrates the events and leaves the interpretation to the reader” (Mda, 2018). The events articulated in this biography are kaleidoscopic and leaves the reader in awe. Mahala achieves this with a  detailed information from various sources on Themba’s life’s journey. He doesn’t budge when it comes to critically looking at the widely accepted occupation of Themba been referred to as an‘alcoholic’.

This biography is not only a celebration of Can Themba as a person, writer, journalist and freedom fighter but a celebration of heritage and cultural history of South Africa from a particular time in history. In it we see the evilness by South African government destroying Sophiatown in 1958 which impacted lives of Black people in myriad proportions. We are taken on a journey that chronicled the influence of Harlem Renaissance on Sophiatown culture, journalism, jazz and literary sophistication teemed of Themba’s generation.

Writing a biography on Can Themba involves clash of ironies that factored his life and Siphiwo Mahala has done great work of interrogating those ironies and giving them full expressions. This seminal work by Mahala forms a significant part of our history that requires intensive study by our generation and those after us. Studying it, as Mahala has championed,shall yield opportune moments for self-examination and self criticism. Writers of Themba’s generation were forced to go into exile by the apartheid regime. Even though their human spirit died with the terrors of exile, they left behind a mountain of legacies to be interrogated.

In Can Themba’s era, it was not easy to be a graduate or apply for a passport as a black person in South Africa. Having completed his BA in Arts and Certification in teaching, Themba had to wait for a long time to be granted his certificates even though he paid the university what was due. The deliberate delay was to show that the white supremacy was the order of the day.

Can Themba – The Making and Breaking of the Intellectual Tsotsi is a polychromatic splendor of influences on Can Themba’s life from Marabastad to Polokwane,from Sophiatown to Fort Hare and back, from Johannesburg to Lesotho and Swaziland, a tale told in simple and semi academic jargon with exuberance of humor and terror.

The book is resplendent of never before known nuggets, atleast of public knowledge, on Can Themba. I learned that Themba studied at Khaiso High School in Seshego. This school forms important heritage of black intelligentsia of this country where icons such as Ernest Mancoba, arguably the first African modern contemporary painter studied and taught there. He would in 1937 whilst teaching there win Ester May Competition first prize for his work Black Madonna produced as a commission in 1929. Esther May Bedford only art competition open to black artists then, which gave him scholarship.

It concludes with the assertion that Themba is immortal and this is substantiated by how he was buried three times, with his work continuing to inspire many generations of art practitioners with the most adopted and widely read short story The Suit.

S. Mahala (2022) Can Themba – The Making and Breaking of the Intellectual Tsotsi, Wits University Press, Johannesburg.

The book is published by Wits University Press and is available at participating bookstores countrywide.