A new kind of fishing in Uganda 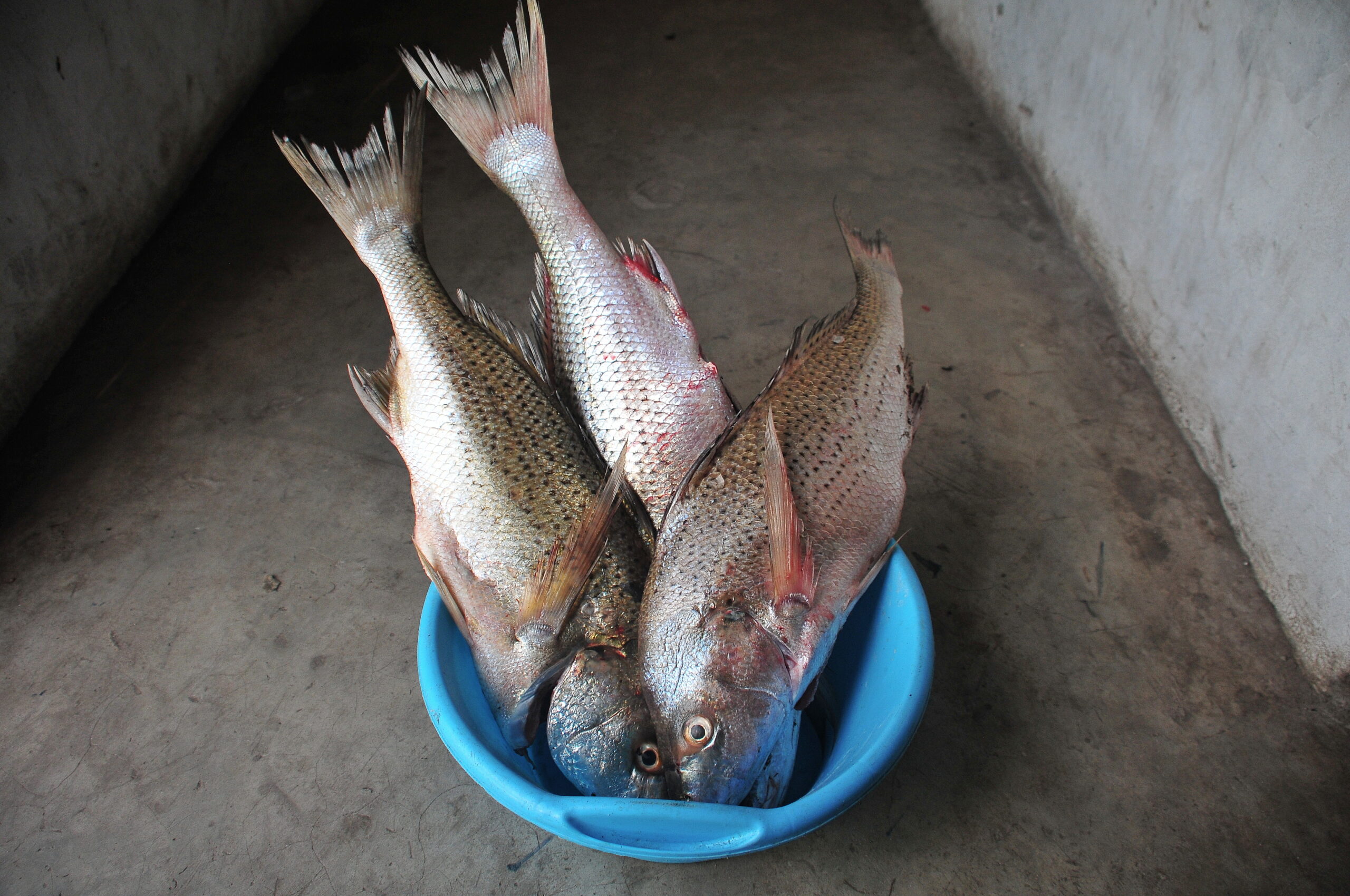 Diversifying income and skills to rebuild livelihoods on Lake Victoria

ON the Ugandan shores of the largest lake in Africa, fishers were increasingly coming up empty-handed. Lake Victoria once boasted 500 species of fish but in recent years overfishing and poor fishing practices have taken a heavy toll on fish stocks, the environment and the communities who depend on them.

“I was a fisherman using illegal methods,” says Kigozi Robert Sande, a fisher in the Kalangala district.  “When the Ugandan government ran an operation to stop these practices, we became jobless.”

Many fishers like Robert were fishing without permits or using small boats and nets that were not allowed on the lake. For example, some were using a specific type of net, seine nets, to trap immature fish, though illegal.

When the government cracked down, “a big percentage of people were left without a source of livelihood, and they were dependent on fishing,” says Jacob Olwo, FAO Fisheries and Aquaculture Officer working in Uganda.

However, fishing communities around the lake have been dealing with declining catches, poor handling facilities, increased post-harvest losses, greater competition for fishing resources and limited sources of income for some time.

For the past two years FAO has been working with Uganda’s Ministry of Agriculture, Animal Industry and Fisheries on a joint project to reshape the lake’s fisheries and aquaculture sector. The project is timely as FAO marks the contribution of small-scale fishers, fish farmers and fish workers during 2022, the International Year of Artisanal Fisheries and Aquaculture (IYAFA).

Entitled Integrated Livelihood Support to Fishing Communities around Lake Victoria, the project has provided affected communities with training and equipment to diversify their skills and increase their incomes.

“This project made people more aware of legal fishing methods, provided input and equipment, especially for women and youth and promoted alternative practices such as aquaculture through cage fish farming on the lake and inland ponds,” explains Olwo.

Participants learned new skills to develop cage fish farming, a form of aquaculture carried out on the lake, and to construct land-based ponds for culturing local fish species. Others were provided with new equipment and training on how to improve post-harvest processing techniques.

“We thought this project would provide support to the people who lost their fishing inputs, who lost their source of livelihood and needed to start something new to support their families,” says Olwo.

A platform to change lives

Nantongo Mary is a member of the Agali Awamu group, a cooperative which also took part in the project. She says the women in her group learned how to farm fish and reinvest their income to increase production.

‘‘In two years from now, we as a group expect to be large-scale fish farmers harvesting every three months,’’ she says. “We would love to get more ponds and more refrigerators.’’

Dheyongera Geoffrey, principal fisheries officer from the Ministry of Agriculture, Animal Industry and Fisheries, says, “These communities have benefited through capacity building. They have acquired knowledge; they now know how to do fish farming.’’

“It was a platform for me to change my life,” says Robert, who also gained business skills through the project. He now leads a group of 10 male and female fish farmers developing aquaculture on the lake. “We have a target of 20 cages so each of us can own two cages. If you have two cages you can manage to rear 10 000 fish.”

What a difference a drying rack makes

Apart from skills and training, the Lake Victoria project also provided equipment including boat engines and fishing nets as well as drying racks to improve the processing and the quality of locally caught silverfish known as mukene.

The highly nutritious silverfish were previously being used more for animal feed as, being dried on the ground, the product would often spoil or get contaminated. With drying racks, silverfish can be dried cleanly and quickly and sold for human consumption, bringing in more money to the producers.

Irene says the new drying racks made a huge difference to their processing capabilities and her members’ profits.

Various silverfish products are now being prepared and packaged for human consumption which has improved the nutrition of local families in an area where child malnutrition rates are high.

FAO’s Country Representative in Uganda, Antonio Querido, says the project will not only improve livelihood options for fishing communities but help them to improve their long-term resilience in the face of the climate crisis and related impacts.

By recognizing the power and value of the work of small-scale artisanal fishers, fish farmers and fish workers particularly during IYAFA, FAO is helping to build a world where they can continue contributing to human well-being, healthy food systems and poverty eradication through the responsible and sustainable use of marine and natural resources. – www.fao.org