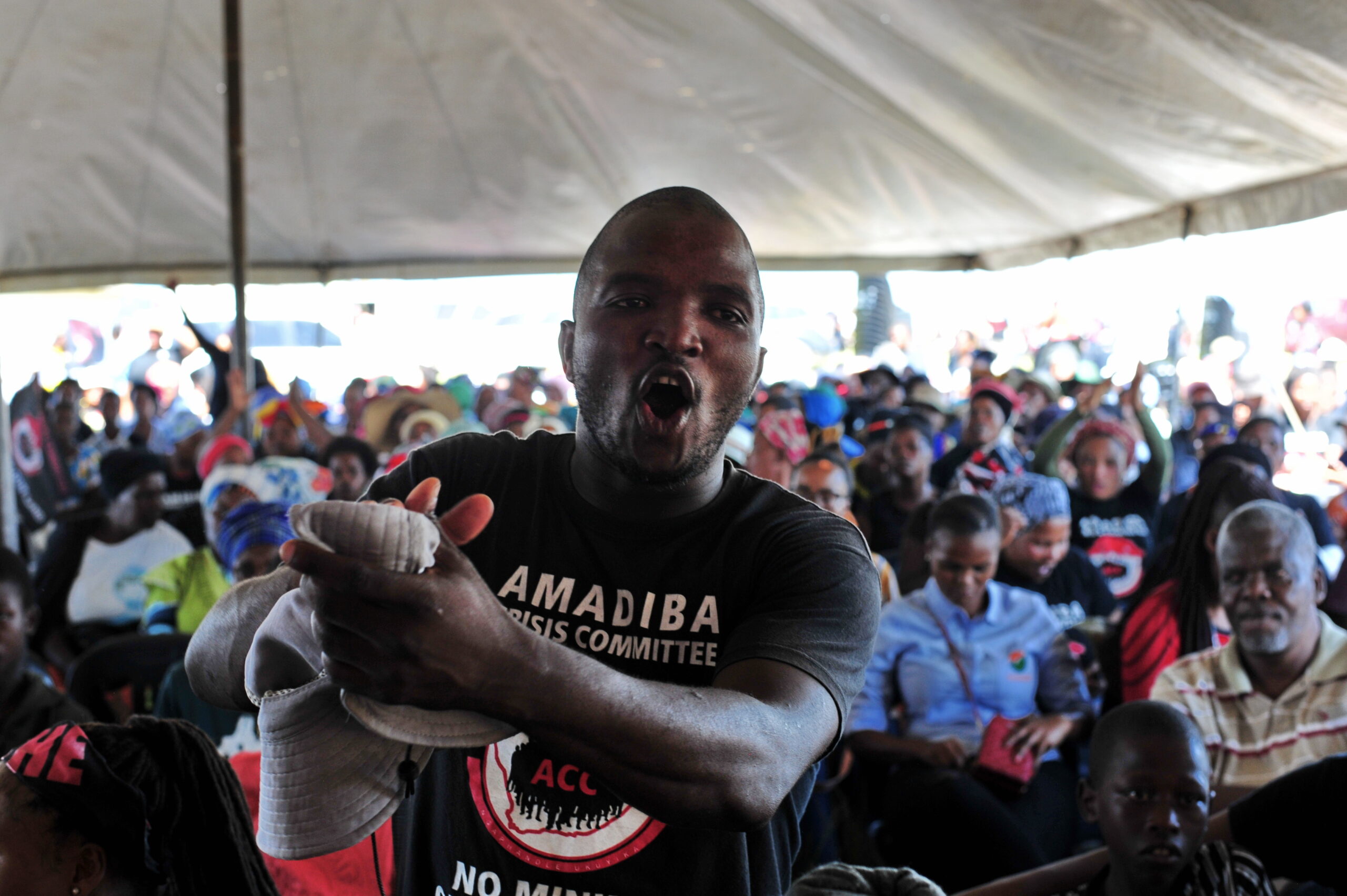 The Amadiba Crisis Committee hosted their annual commemoration of their slain leader Sikosiphi Bazooka Rhadebe on 21 March 2022. The day is observed Human Rights Day in South Africa. Rhadebe was killed by unknown gunmen in 2016. He was a leader of the Amadiba Crisis Committee which is advocating for alternative models of development on their land as oppossed to titanium mining which they argue will have a negative impact on their land. The community which has survived on small scale commercial agriculture for over a century is also facing further threats to their land in the form of a proposed highway development and the building of a smart city along the coast. They are also fighting attempts by Shell to explore for oil along their coastline from which they also survive through fishing. Photos: Lucas Ledwaba/Mukurukuru Media