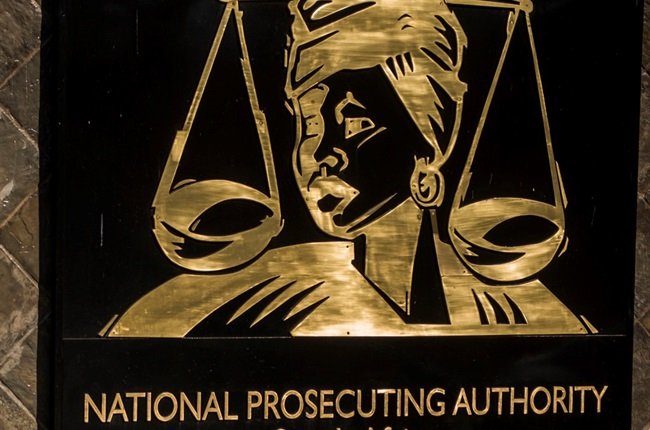 Bail was set at a trifling R5000 each and the magistrate instructed them to surrender their passports to the investigating officer; to report twice weekly to their nearest police station; not to enter the uMzimkhulu area for the duration that the matter is before court; and not to interfere with state witnesses.

Trial is now supposedly set for 18 July 2022 – ‘supposedly’ because the trial date has been repeatedly pencilled onto court rolls since 2019.

This latest development raises further questions amid the ever-thickening smokescreen that has enveloped this case since Magaqa’s death in September 2017, two months after he was shot multiple times by hitmen armed with assault rifles.

For example, why after having been repeatedly denied bail since their arrest on 17 March 2018 have they now been released? What has changed since bail was last refused in May 2019?

In a seemingly hastily written media advisory (Magaqa is quoted as having been murdered “in July 2013”) the KZN office of the Directorate of Public Prosecutions cites the accuseds’ presentation of “new facts” as reason for this latest charade.

Yes, the case has been delayed and justice delayed is justice denied. But the delays have mostly resulted from the accused’s own actions, changing lawyers for example, while delays wrought by the Covid-19 pandemic, although impacting severely on the already overburdened justice system, can hardly justify the release into society of allegedly dangerous killers. Particularly at this time when the province is on a knife edge following the failure of former president Jacob Zuma’s umpteenth bid to wriggle out of his corruption case, and when the ANC is holding elective conferences in many of its most volatile regions, the outcome of which could have a significant impact on the trajectory of our failing state.

Furthermore, in the event of an appeal being made after bail is refused, the appeal must be heard by the same court that denied the initial application; in this case, the uMzimkulu Magistrate’s Court. It seems however that the fresh bail application was moved to the Ixopo Magistrates’ Court because the earlier magistrate “fears for his life.”

If a magistrate fears for his life, how fearful then are the witnesses, whistleblowers and Magaqa’s family members who have risked all to ensure justice in this matter? Does their safety not count?

Were they consulted or even notified of the impending threat to their safety presented by this latest bail application? And would not the fears of a magistrate weigh heavily against the granting of the accused’s bail application?

And why was the Ixopo magistrates’ court specifically selected to hear this application? If there were sufficient security concerns to warrant the original magistrate’s recusal, then surely the matter would have been best heard at a court far removed from the scene of the crime? Ixopo is, after all, a mere 20 kilometres from Umzimkulu.

The actions of the police are also cause for alarm.

According to a 2021 City Press report, rogue crime intelligence agents hired an informer to carry out the hit on Magaqa and used state resources to buy the vehicle and guns used in the killing. The informer’s police accomplices then allegedly silenced him – permanently – during an alleged cash-in-transit incident.

At the time police minister Bheki Cele told the press: “To say why a cash heist person would go and kill the secretary general of the Youth League, so there must be a gap that must be closed there.”

Was that gap ever closed, Minister Cele?

During the same 2018 media briefing Cele said that although arrests had been made, the police were “still searching for the masterminds who called for the hit.”

Did you ever find them Minister Cele?

A counter intelligence investigation into this unsavoury debacle alleged that police minister Bheki Cele had tried to smother the investigation because it would ‘embarrass’ the SAPS. To the public’s knowledge and considerable disquiet, these rogue agents are still out there.

Those who have been following this case may also recall that the former mayor of Harry Gwala municipality, Mluleki Ndobe – who later committed suicide – as well as the current uMzimkhulu municipal manager, Zweliphantsi Sikhosana, were also among the accused, before charges were quickly withdrawn. So questionable was this development that NPA head, Shamila Batohi called for an investigation.

What were your findings Ms Batohi? The public has a right to know.

Why, after opposing bail up until now, did the state fail to do so in this latest application? What message is this sending? Does the state not have a strong case? What’s next? Will all charges against the accused be withdrawn?

Which brings us back to the police. As always.

Why has the investigating officer still not taken statements from certain witnesses and whistleblowers who have intimate knowledge of matters surrounding Magaqa’s death or called for documents that proved Magaqa was exposing corruption in the uMzimkulu municipality – the apparent motive for his assassination? Cele’s constant trumpeting about the success of his political killings task team is rendered hot air so long as this farce persists.

According to those present at Ixopo’s Regional Court B yesterday, the magistrate who heard the matter had a laptop placed in front of him for the duration of the hearing. He apparently took down a few handwritten notes and at times consulted his screen. One would have expected such a seemingly attentive magistrate to apply his mind before handing down judgement. However, barely minutes after the hearing was concluded, the magistrate reached a verdict and found in the accuseds’ favour. The judgement – read from his laptop – was allegedly very lengthy and detailed. When did the magistrate find time to prepare this judgement, which included multiple references to past proceedings?

The DPP’s media advisory claims: “The State is considering an appeal of the ruling which led to the accused being released on bail.”

This is not reassuring now that the horse has bolted and peoples’ lives have been placed in immediate danger. Too many witnesses and whistleblowers have been killed in South Africa because the state is failing to protect those who choose to do the right thing. The fact is the state and its ruling party has become the biggest threat to national security.

Justice must be seen to be done. At present, we cannot see past the smoke and mirrors. Political killings are a threat to any democracy. The handling of Magaqa’s assassination reveals the weakness of ours and the level of political and criminal control of our criminal justice system.

An official complaint regarding this magistrate’s decision will be made as well as request for bail of the accused to be revoked.

Published in Opinion, Seipone and Uncategorized