Desperate Basotho’s life and death gamble at the border 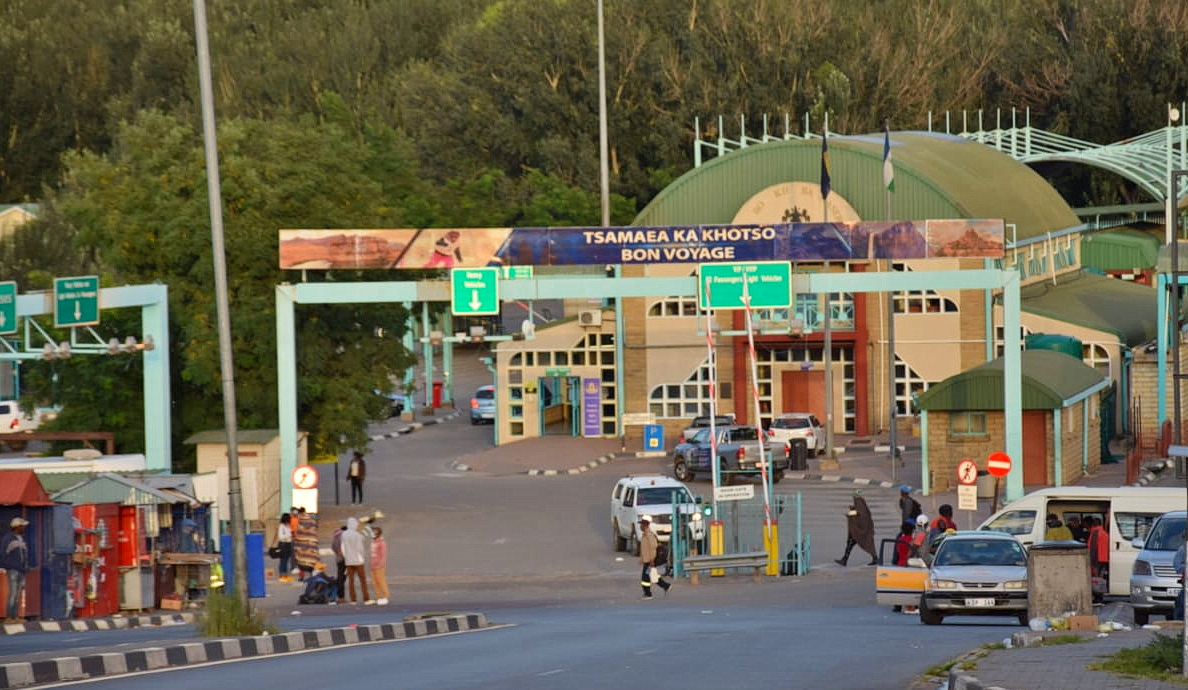 Scores of desperate citizens risk death trying to reach South Africa where they scramble for low paying jobs. Armed gangs known as Lirurubele have found a way to cash in on the travellers who try to evade arrest and paying hefty penalties to the authorities writes Masentle Mokiti

Nthabeleng, a domestic worker from Lesotho working in the Free State province recalled how together with a woman carrying a baby they ran through pouring rain in a bid to dash across the border illegally back to South Africa.

“It was raining heavily, the woman next to me was carrying a child. The other one looked young, too young for the mission we were about to embark on. We all ran hurriedly, the three of us in the pouring rain. Although I did not know those women, I knew we had the same goal of getting back to South Africa,” she said recently as thousands of Lesotho citizens flooded the Maseru border gate trying to return to South Africa after the Christmas break.

Nthabeleng said they ran, trying to avoid the border officials but eventually got caught. The police demanded to see their passports which they could not present. After a long-heated interrogation, they let them go. Perhaps because of the excruciating and bitter cries of a hungry and exhausted baby clinging from its mother’s back.

The muddy brown and swollen river of Mohokare bordering Lesotho and South Africa is the main channel used by Lirurubele, bands of men who make money by helping people like Nthabeleng, who do not have proper documents to cross the border illegally.

Lirurubele, meaning butterflies, stalk the border arrivals like animals seeking to pounce on their prey at the border gates. They are middle-aged Basotho men, ruffians who are loud and persistent in their search for clients. Some reek of strong liquor.

Lack of jobs and poverty is turning many people into law breakers, forced to cross the border illegally in search of jobs in South Africa and those like lirurubele, into human traffickers.

It’s the survival of the fittest everyone is fighting for clients. When a vehicle approaches the bustling border post, lirurubele rise briskly from their seats and dash to solicit passengers. In the scramble to chat to the passengers they block the doors while others attempt to unpack the arrivals’ luggage. The chaos presents a perfect moment to convince those whose papers are not in order or those who have no papers at all to enlist lirurubele’s services.

“U sharp ka passport?” the lirurubele shout incessantly enquiring whether everyone’s passport is in order.

“Ke tlo u thusa Mme!” said another reassuring a woman who seemed to be in panic. As this scene is unfolding, some passengers are not only confused but irritated with the noise.

The lirurubele stop at nothing to make a quick buck whilst giving less thought to the lives of those at their mercy. So, a hefty amount ranging from 300-350 Maloti/Rands can buy you access to bypass border marshals.

But things can quickly spiral out of control if you get caught. Your fingerprints will be taken and run through the system which will result in a ban lasting from a few months to a couple of years barring you from ever leaving the country.

With the recent rainfall it is extremely difficult and dangerous to cross the flooded Mohokareriver. But a few still attempt to cross the raging river using inflatable beds. For the unlucky ones getting arrested seems inevitable but for others, death is the price to pay.

According to a report in the Maseru based newspaper TheReporter on 3 January 2022, seven dead bodies were retrieved from the Mohokare. The deceased are believed to have drowned attempting to cross during the December holidays while 41 undocumented passengers were arrested in an illegal crossing.

Lesotho is hailed as a land of peace and tranquility, but not in these times while more than 400, 000 Basotho have deserted their homes to become refugees in foreign lands. They are forced to settle for low-income jobs and constantly being chased by the police for missing documents.

For heaven’s sake the country’s population is under two million, how hard can it be to govern such a small nation? As many Basotho head back to South Africa, the journey from their home country is always stressful and expensive.

Expired and missing passports have become a major complication and a reason for several unsafe and illegal border crossings.

Many Basotho including some who hold valid passports resort to illegal crossings due to high expenses encountered at the borders. A 300 Maloti/Rand Covid 19 testing fee is required on departure. An individual without a study or work permit is given 30 days to return to their home country. The monthly journey to and from South Africa is expensive and time consuming.

A 2018 study titled An Exploration of Constraints for Free Movement of People in Africa A Case of Lesotho and South Africa (Mokoena, Balkaran) noted that: “Some Basotho work and reside in South Africa, as such almost every Mosotho (plural Basotho) has a relative living in South Africa. This is one of the major reasons why Basotho travel frequently to South Africa other than for commercial purposes. When travelling across the border, every traveller has to report to Immigration Offices (border access control points) for endorsement of entry or departure stamps. This results in long queues at the border posts.”

The study further noted that an agreement signed between the two countries in June 2007 to address the problem of long queues at the border posts was not implemented.

Rorisang, a Lesotho national in South Africa said for many years he has been avoiding using his passport while crossing the border. He fears he will be fined heavily for overstaying in South Africa.

“Unlike in the past my new job requires me to have an identity document which forces me to keep my passport updated,” he said.

Nonetheless, he explained how inconveniencing and tiring the monthly journey is. This is the sad reality faced by many Basotho without the right permits.

It is heartbreaking to see my fellow people suffer like this. The unfortunate stories during illegal crossings told by the victims, of harassment and enormous amounts of money spent on the roads should call for our government to do something.

Years have gone by and governments keep changing but no glimpse of progress for a country that has been independent from colonial rule for over 55 years.

The unemployment rate stands at a staggering 24.40%. Corruption and dirty politics have tainted every department of the state. Many of Basotho youth like Khabane, who has not been to his home for over three years, said going back to Lesotho permanently is not an option even though faced with challenges.

“Not having a South African identity document denies me a chance to be employed on a full-time basis,” he said.

His passport has expired after he spent many years spend without setting foot home. Even so, he strongly stated that “South Africa is still far better”.

The closeness and dependence of my country to South Africa is not just with its citizens but even with the government as well. Geographically Lesotho is inside South Africa, is there a need for borders?

Masentle Mokiti is a trainee journalist with Mukurukuru Media. She is a B hons Media Studies and Journalism graduate from the University of the Free State. She is a citizen of the Kingdom of Lesotho.

Published in Africa, Seipone and Uncategorized