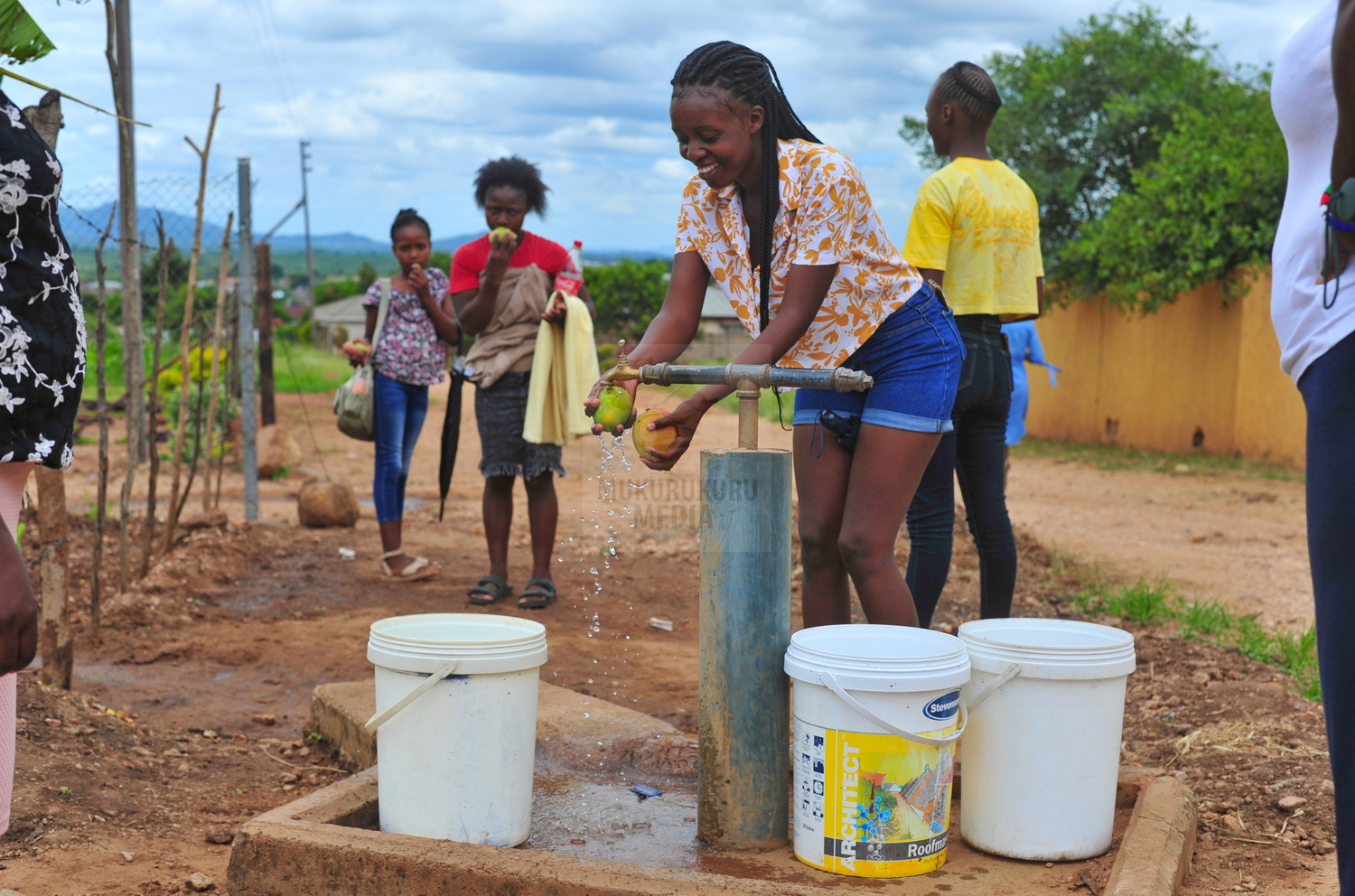 AFTER waiting in vain for government to provide solutions to its water challenges a Limpopo community has turned to solar power to get the dry taps running again.

Ha-Matsila, in the Collins Chabane municipality of Limpopo is among hundreds of rural communities in Limpopo province plagued by persistent water shortages.

The village is located about 60km from the Nandoni dam where a woman was recently devoured by a crocodile while drawing water. Ha-Matsila is about 70km west of Giyani where residents of more than 50 villages are still not connected to a water supply despite government spending over R3 billion on a water supply project.

Lepelle Northern Water, the water authority servicing the area, has spent R3.3-billion in the past seven years on a water project and has told the Department of Water and Sanitation it would need an additional R1.1-billion to complete the project.

The project which is said to be at only 48% completion is the subject of separate investigations by the Special Investigations Unit (SIU), the Hawks and the Department of Water and Sanitation. Minister of water and sanitation Senzo Mchunu promised that action would be taken to ensure the billions spent are accounted for after a three-day visit to the troubled area late last year.

Ha-Matsila traditional leader Livhuwani Matsila said they approached asset management company Ninety One to fund a solar power plant that would drive 10 boreholes to supply water to more than 10 000 people. There are four villages with an estimated 4 000 people under the Matsila authority, however, the water project is set to benefit three other villages.

Matsila said the traditional authority, through the Matsila Community Development Trust previously drilled boreholes in the villages under its administration, powering them through generators and electric power from Eskom.

However, rising electricity and fuel costs together with constant power outages led to the collapse of the project which saw scores of residents, many of them unemployed, living with the daily challenge of not having a regular water supply.

Pensioner Khathutshelo Mabasa who has lived in the village of Ha-Matsila all her life, said they used to rise at the crack of dawn daily to search for water across the villages carrying empty containers on wheelbarrows.

“We used to walk all morning, going from one area to the next looking for water. That was our daily life but I am happy that has now changed,” she said at the launch of the project on Sunday.

Another resident Khensani Mitileni was not spared the desperate search for water despite having a tap installed right in front of her home.

“Sometimes the taps ran three times a week. Then at times we would go for a long time without any water. But since this solar project started we have every day,” said the subsistence farmer.

Matsila said the project is a demonstration to government and other traditional leaders that they need to find alternative solutions to the crippling water problems in the area.

“We realised that sometimes us as traditional leaders always going to government to beg and not having alternative initiatives is not helping. We needed to demonstrate that we need to take the lead. We are communicating the message to government to say instead of using Eskom to resolve the water problems, why not go solar which is more reliable and environmentally friendly?” he said.

Matsila leads the Matsila Community Development Trust which facilitates and co-ordinates socio-economic development activities in the area under his jurisdiction. These include a game farm, poultry projects, livestock and vegetable farm, arts and educational development projects run by and benefiting local communities.

But like many of the country’s rural areas with low economic activity, the area is plagued by poverty, high unemployment, poor nutrition and it is estimated that 52% of its people live below the poverty line.

The UN estimates that globally an estimated 785 million people do not have access to basic drinking water service and rely on sources like rivers and lakes prone to contamination and often travel more than 30 minutes to collect drinking water.

The agency advices that solar-powered systems can vastly enhance the quality of water services, improve the health, development, safety and livelihoods of children and their families.

Ninety One CEO Hendrik Du Toit said pleaded with community members to look after the solar plants which are in various parts of the villages.

“If we all become builders and not breakers, we can become a great country,” said Du Toit.

Matsila said after the installation of the solar plants they now face a challenge of a different kind.

“Now we don’t know if we should pray for the rain or pray for the sun (to provide energy to the solar plants),” he said. – ©Mukurukuru Media