Amadiba take on Shell in bid to preserve coastal land 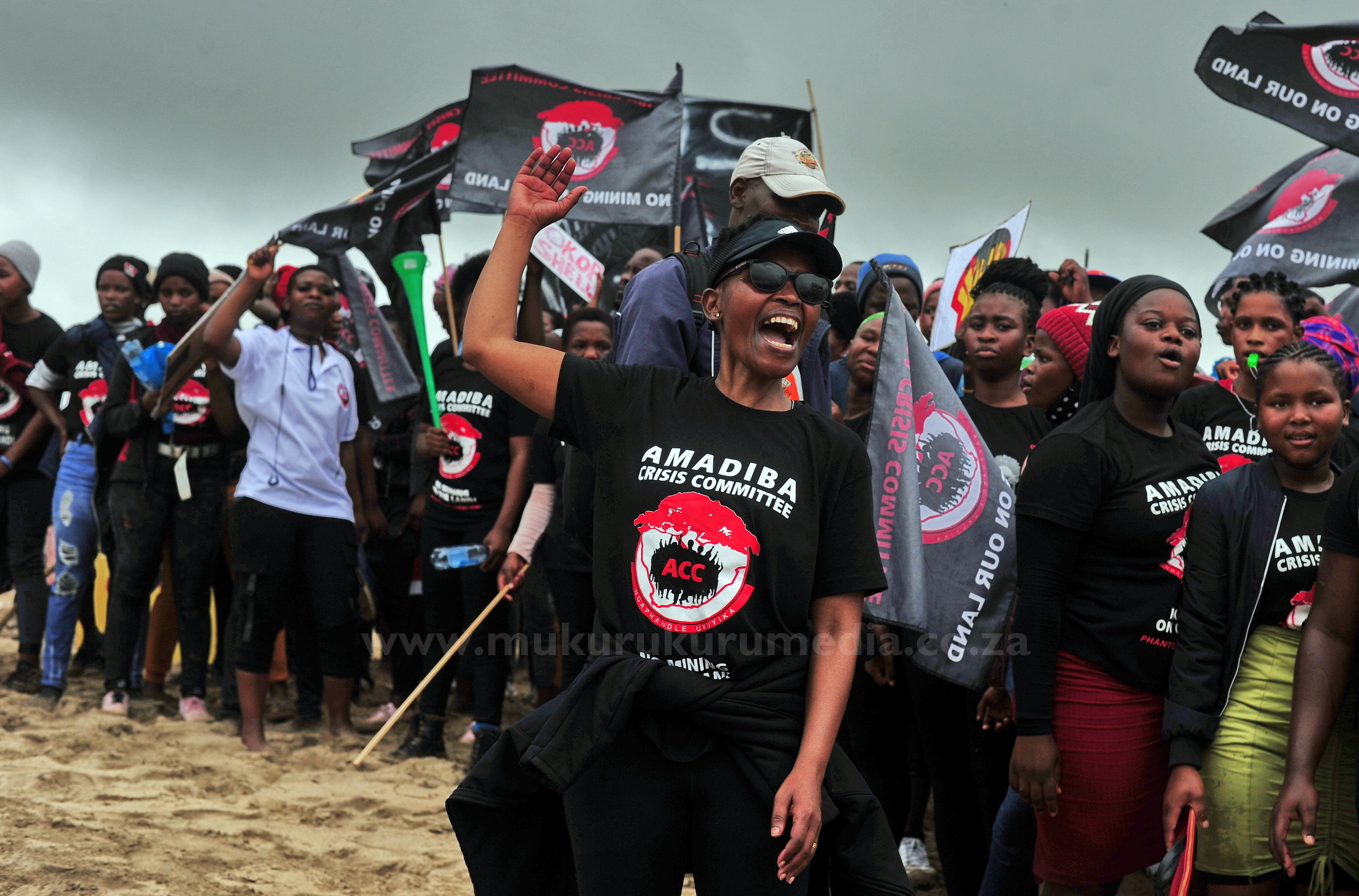 Amadiba Crisis Committee leader Nonhle Mbuthuma addresses a meeting of community members on the beach along the Wild Coast. Amadiba who represent communities along the coast near Bizana in the Eastern Cape are leading protests against plans by petroleum multinational Shell to explore for gas and oil along the coast. Photo: Lucas Ledwaba/Mukurukuru Media/04 December 2021