Ramaphosa reacts like cowering lamb in attacks on state 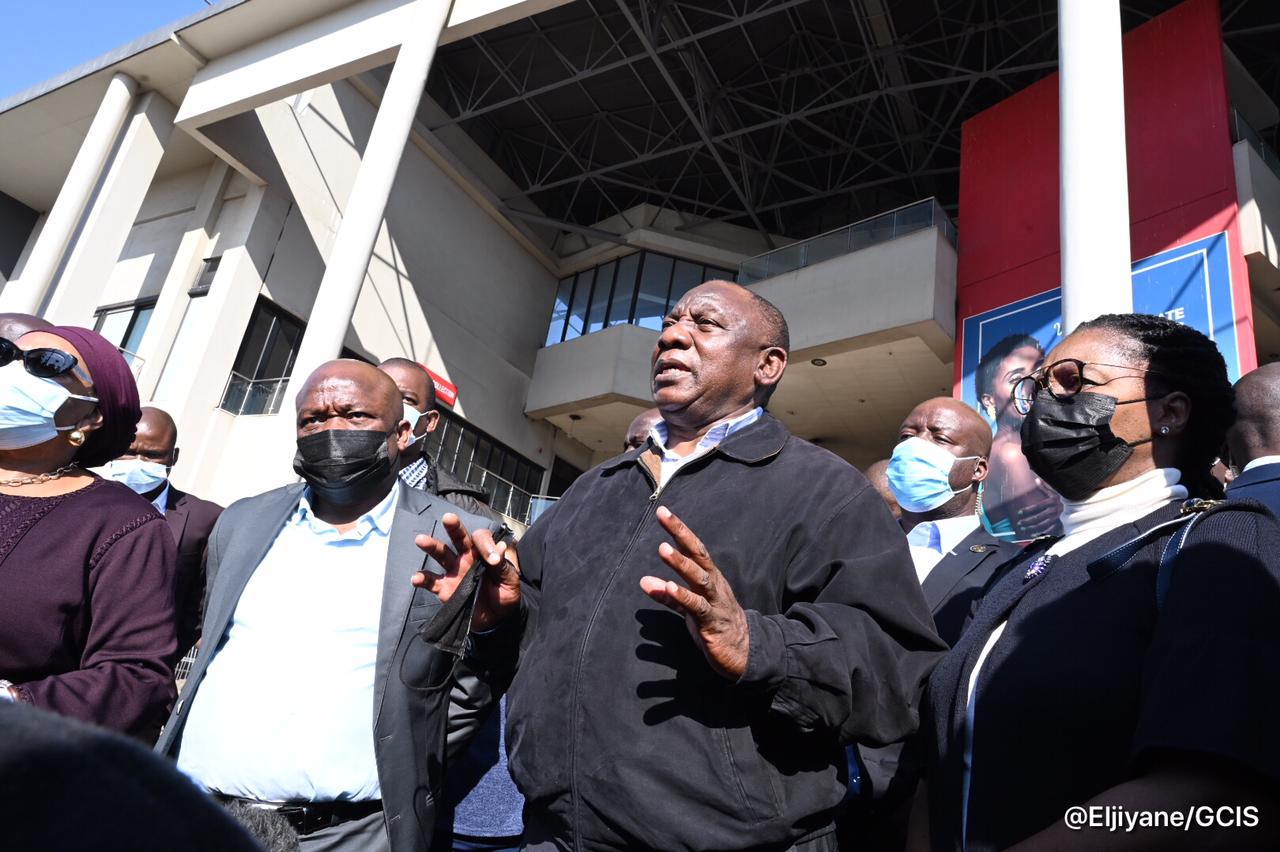 IN the violent period leading up to the historic 1994 general election, frustrated township youth challenged ANC president Nelson Mandela to stop acting like a lamb and give them arms to defend their communities.

The youths sang in frustration that Mandela, seemed to be hopelessly sticking to his peace crusade with FW de Klerk even in the glaring reality of the bloodbath his regime was causing in the townships.

Then, state security forces and state sponsored militia were wreaking havoc in the townships, unleashing one massacre after another; killing, men, women, children and the youth in a last ditch attempt to sabotage the peace process.

The police and soldiers only came to the townships afterwards to count and collect the dead bodies and visit more misery on the already traumatised communities.

At the time Mandela was ANC president, leading the organisation in negotiations against the National Party in what appeared to be its final days of more than 48 years of Apartheid rule.

Beyond the negotiating table, some elements within the National Party were fuelling violence with the aim of frustrating the talks.

Mandela eventually acted after 45 people were massacred in a night of brutal hacking and stabbing by state sponsored Inkatha vigilantes in Boipatong in June 1992.

Angry youths confronted him and Cyril Ramaphosa, who was then ANC deputy president during their visit to Boipatong days after the massacre chanting: we want arms! we want arms!

Mandela did not give the youth arms. Instead, he took a hardline by withdrawing the ANC from the negotiations process accusing de Klerk’s government of complicity in the massacre, a move that would later prove a significant political gain.

Three decades later Ramaphosa is now leading the ANC and is also state president. In just one week of violence and looting, 212 people have been reported dead in KwaZulu-Natal and Gauteng.

Ramaphosa has told the nation the violence was “nothing less than a deliberate, coordinated and well-planned attack on our democracy.”
He went further to say that the actions of those behind the violence “are intended to cripple the economy, cause social instability and severely weaken – or even dislodge – the democratic state.”

Ramaphosa told the nation in a televised address on Friday night that preliminary reports indicated extensive damage had been caused to 161 malls and shopping centres, 11 warehouses, eight factories and 161 liquor outlets and distributors. This did not include the damage caused to roads and other infrastructure.

But crucially Ramaphosa said: “As this government, we must acknowledge that we were poorly prepared for an orchestrated campaign of public violence, destruction and sabotage of this nature.”

Here’s an even extraordinarily worrying statement by the head of state: “While we commend the brave actions of our security forces on the ground, we must admit that we did not have the capabilities and plans in place to respond swiftly and decisively.”

Well, 212 people have died. Two hundred and twelve lives, that’s too great a number for a nation to be expected to simply accept this flimsy excuse that the state was not ready and its resources were overwhelmed for it to act. Unacceptable!

In other progressive countries heads of state and ministers are fired or resign on moral grounds should they fail to protect the security of the state of the lives of citizens.

The government has a constitutional obligation to protect the life of every citizen, even the lives of those who are unknowingly being used as pawns in a dangerous political game.

Indications from midweek miscommunication by state security indicate intelligence regarding the impending attacks was gathered and handed over to the SAPS which, in line with its constitutional mandate; was supposed to set out a plan of action to protect the lives of people, property and the economy which now lies in ruins.

Ramaphosa’s admission that government was ill prepared is all the reason he should, like Mandela, stop acting like a lamb in the face of adversity. It’s time he dumped this sweet konyana attitude.

If Ramaphosa can’t fire the police minister, his commissioner and others in his cabinet for failing to carry out their constitutional mandate for failing to act in the interests of the people of SA; even when the magnitude of the problem was made clear to them in no uncertain terms, then he should do the honourable thing, fire himself!

After all, as head of state, the buck stops with him eventually. When he took his oath of office as president of the Republic he pledged to “always promote all that will advance the Republic, and oppose all that may harm it.”

In this instance and by his own admission Ramaphosa has completely failed this test. The admission that government didn’t have plans to act swiftly and decisively against a forewarned threat against the security of the state amounts to serious misconduct and a serious violation of the Constitution and the law.

It is unacceptable that a head of state would try to hoodwink the nation into believing that even after the deaths of 212 people, it should be business as usual and police and soldiers should, like in the days of the state sponsored massacres of the early 90s, only be working to cleaning gutted buildings and counting dead bodies.

What about the lives lost? Why was there no effort made to protect them? Should it just be accepted that the state with the resources at its disposal failed to counter a forewarned threat by anarchists leading to the deaths of people and destruction of property and people’s livelihoods?

The SAPS has for instance, the airwing, public order policing, national intervention unit, mounted unit, special task force and crime intelligence among others. What was so massive or special about these forces we are told were behind the planning and execution of this wanton looting, burning and destruction?

Were they so powerful and well resourced that the might of the well resourced SAPS couldn’t tackle them? If that was the case, then why was the military not deployed much earlier? Or were the lives of South Africans not so important?

Or is there something sinister, perhaps a mutiny within the ranks of the SAPS and state security that we are not being told about?

Is it perhaps decision makers in the high echelons of government are co-conspirators behind this well violence we are told was well orchestrated?

Parliament with the powers vested in it, should hold Ramaphosa and his cabinet to account.

It is good that one opposition party has already indicated it will be suing the state on behalf of all those who were affected by the looting spree. If their case succeeds, they should perhaps consider extending the lawsuit to involve suing Ramaphosa, his ministers and other government officials in their personal capacities.

If Ramaphosa is not a lamb, then he should show his hand and act swiftly and decisively or resign.

After all, on his ascendancy to the ANC presidency 2017, his supporters sang that it was time for him to rise.

If there was ever any other time for him to show his hand, it is now. If SA is indeed faced with what appears to be sabotage threat as we are told, then we don’t need a lamb leading government. Phakama Ramaphosa, or step down now!

Lucas Ledwaba is the editor and publisher of Mukurukuru Media