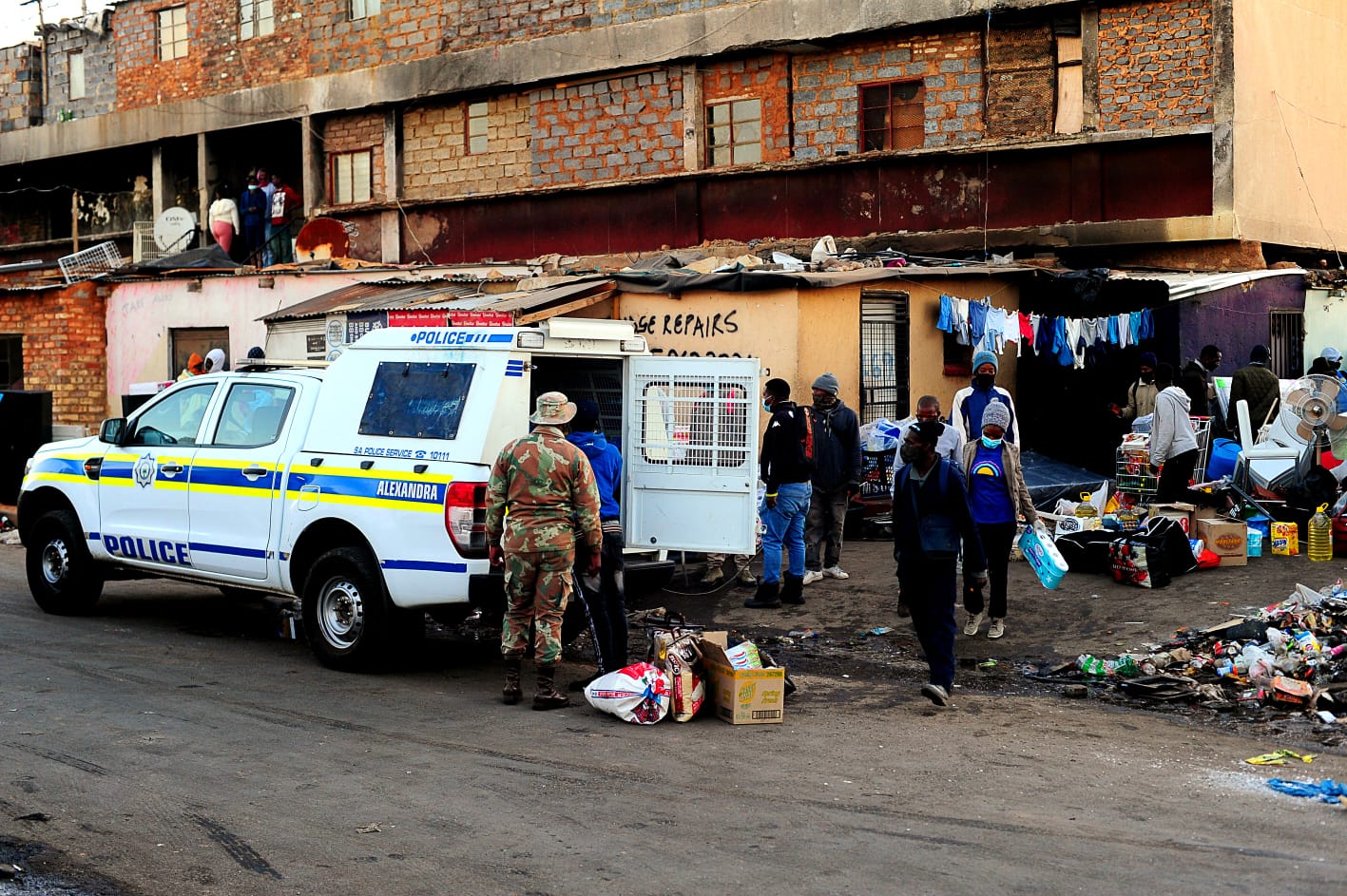 Some townships in Gauteng including Soweto are already feeling the effects of food shortage following a spate of violent looting that saw shopping malls being looted and destroyed across KwaZulu-Natal (KZN) and Gauteng.

The violent protests which erupted on last week from KZN quickly escalated to some parts of Gauteng by Monday.

Lerato Nkhumishe who is a resident of Pimville in Soweto says she could not buy bread at her usual local supermarket because it was looted a day before.

Nkhumishe says she had to walk 10 kilometres from her home to Maponya Mall, to join the queue with other residents to buy bread from a Sasko truck that was stationed opposite the mall.

“Now, we are suffering as a result of the looting and the destroying of property. Who would have thought that I would be standing in a queue just to buy a loaf of bread from a truck,” said Nkhumishe on Thursday morning.

She further said she is more concerned about the job losses, alluding to the fact that some of her neighbours work at the malls that were looted.

Simphiwe Mdluli – a Sasko sales representative said due to the current situation, they now have to conduct sales at the back of the trucks.

Meanwhile, on the opposite side across the road, stood a group of residents led by community leader Nhlanhla ‘Lux’ Mohlauli, prepared to deal with anyone that might attempt to loot Maponya Mall.

The group has also been mobilising Soweto residents to come out in numbers and protect their properties against looting.

This follows widespread rumours that looters were now targeting to loot the 13 year old mall, which is one of the biggest malls bringing service to Soweto residents and surrounding areas.

Dressed in an army camouflage with a firearm holster on his right foot, Mohlauli who is a pilot by profession said it is time for the community to come together and protect the mall against the looters.

“We are here to protect what is left of the crippling township economy,” he said.

Together with the South African National Defence Force (SANDF), the communities have created structures to fight against those who seek to destroy property with many small businesses such as spaza shops found wanting.

Mpho Mokone used to sell kotas (bunny chows) at Bara taxi rank, just up the road from the Maponya Mall.

Mokone’s outlet was broken into and his cooking equipment estimated at thousands of rands was looted.

He too, was part of the group queuing to buy bread.

“I feel like I’m in the jungle. I was trying to make ends meet since the lockdown, now this happens,” he added.

Meanwhile, Themba Khumalo of Imbumba Business Association (IBA) – a non-profit organisation which is a key player in the dynamics of the business community in South Africa, was also part of the group protecting Maponya Mall.

Khumalo urged the community to stop the looting to protect livelihoods because he understands the challenges of poverty and unemployment the people of Soweto are facing.

“People must calm down,” said Khumalo.

On the other side of town, in Chancellor – an informal settlement in the township of Alexandra, one of the residents, Marcia Maziri, openly pleaded with the police not to confiscate a bag of nappies suspected to have been looted.

This was during a door to door joint operation of the Alex community forum led by the SAPS and SANDF, trying to recover the looted goods.

Maziri said she did loot the nappies; however, the police confiscated both the suspected looted ones and those she claimed she had bought.

“I bought the nappies, I did not loot them,” she said while comforting the child on the back, who seemed restless and confused by activities around.

Apart from the nappies, a two plate stove, bucket of atchaar and pack of turkey wings were amongst the other many things that were confiscated during the operation.

Those who were caught with goods were forced to carry them out to the police vehicle parked on the main road, from the informal building the same way they carried them during the looting, this included a plasma television screen, sound speakers and fridges. – Mukurukuru Media