‘…heaven was not meant for us’ 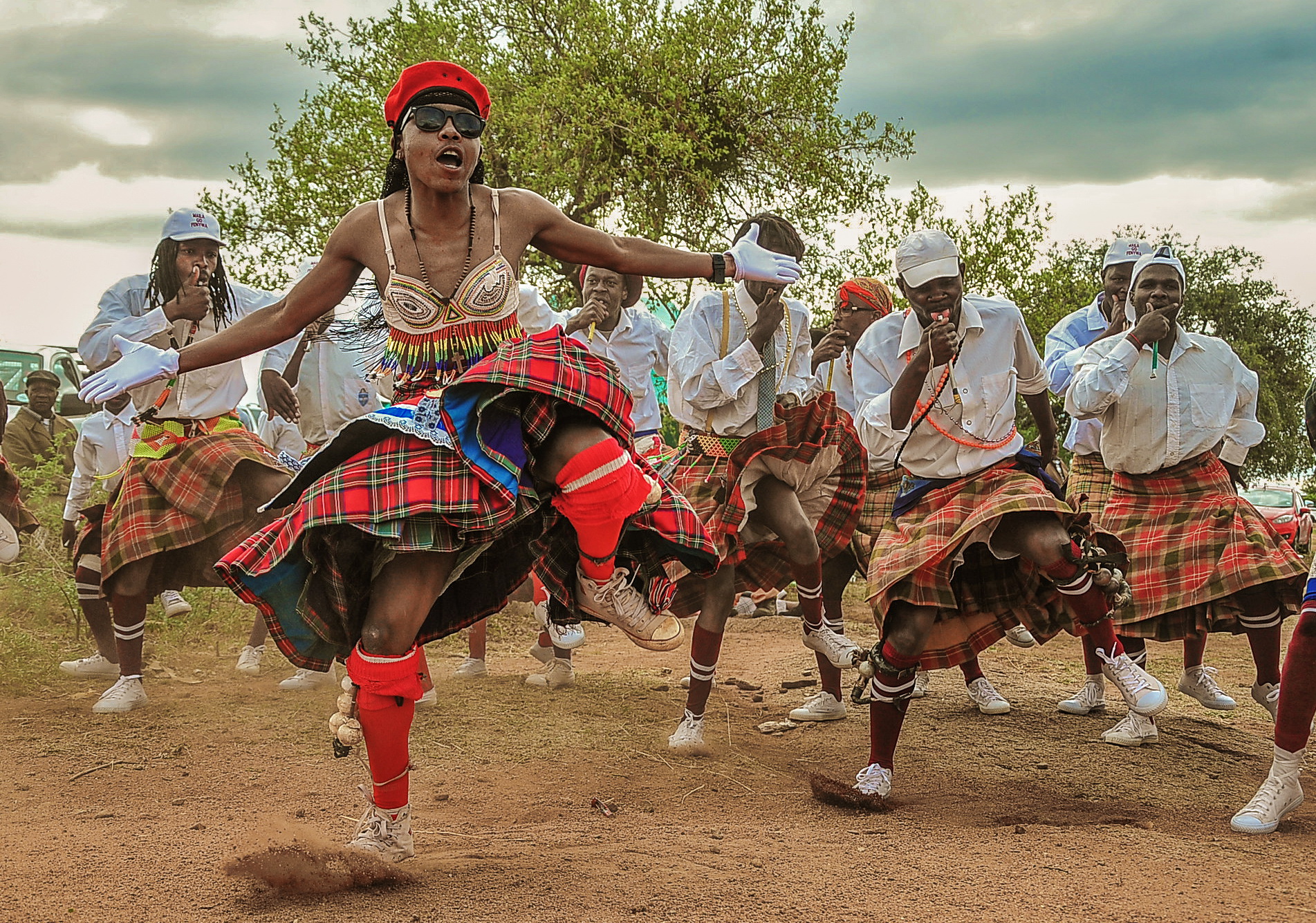 Dinaka dancers at a wedding in GaPhaahla in Limpopo. Photo: Lucas Ledwaba

WHEN Mahlaga Molepo noticed that mmino wa setšo was slowly becoming endangered due to elderly practitioners passing on and groups generally disintegrating he decided to intervene to save the ages old custom.

Mmino was setšo although generally referred to as traditional music in English, is in fact much deeper than just a form of song and dance. It’s an integral part of the spiritual practices of the Northern Sotho people including those in Molepo’s village of Mankgaile in Limpopo.

It encompasses the dinaka or kiba, koša ya dikhuru and malopo categories which form part of the deep African religious practices which revered Nigerian scholar Joseph Olowalu pertinently described as “the religion without a founder, as the founders cannot be found no matter how far we go back to history.”

It is one of the key interventions in his quest to preserve the custom. The documentary which is hailed as the first of its kind delving into the custom, is produced by the Molepo Traditional Dance Cooperative Limited.

Molepo co-founded the cooperative to help formalise mmino wa setšo groups so they comply with legal requirements as entities that could be considered for funding opportunities. Part of the cooperative’s strategies is to create a platform where groups can purchase costumes which include Scottish kilts, shirts, socks, strings, whistles and headdress.

The documentary which was shot partly at the popular Bakone Malapa Museum near Polokwane features interviews with elders offering insights into their lifelong journeys as practitioners and custodians of mmino wa setšo.

In the doccie the elders lament what they view as rising apathy to the custom among youths, blaming this on among others the influence of Christian religious practices which frown upon traditional customs.

They also point to the youth’s expectation of monetary reward from participating in mmino wa setšo and the worrying culture of over-indulgence in alcohol, which is plaguing most rural communities such as Mankgaile, as some of the reasons for the decline in participants.

One of the central characters in the documentary, music scholar Professor Madimabe Geoff Mapaya makes riveting arguments to point out that mmino wa setšo and related customs are not inferior to any other cultures as they are often portrayed especially by western academics.

One of Mapaya’s academic works include a 2014 study with the University of Venda titled Dinaka/kiba: A descriptive analysis of a Northern Sotho song-dance performative compound.

“…it is a soundtrack of who we are. You can’t force a bird to bark like a dog and put that as a condition to access heaven,” Mapaya explains the meaning of mmino wa setšo in the initial scenes of the production.

“So, if you want an African to be complete, you have to allow him to play their music. If they claim that by playing our music we would not enter heaven, it means that heaven was not meant for us,” continues Mapaya.

Molepo who comes from a lineage of spiritual healers who include his father and paternal grandmother is himself a practitioner of mmino wa setšo, offers deep insights into the spirituality of the custom.

“It’s a way of life,” says Molepo, explaining that participants like his father also fashion out cowhide drums which are central to the ceremonies and performances.

He spells out that mmino wa setšo comprises two broad categories, the secular one dinaka in which everyone can participate regardless of religion, social standing or age. This although encompasses some form of spirituality is seen largely as a celebratory form of mmino.

The elements of this dance dinaka which include the loud wailing of flutes and incessant drumming, has been incorporated into various contemporary afro-jazz music pieces by such established artists as Grammy Award winner Jonas Gwangwa in his celebrated number Afrika lefatshe la badimo.

But the deeper, spiritual malopo is the sacred preserve of spiritually gifted healers and diviners. It is a form of prayer and meditation which though similar with dinaka in the use of cowhide drums, is more intense and often sees participants transported into energetic trances.

It is considered a prayer and meditation, a form of healing relying on generating energy through intense drumming and circular dance movement minus the blowing of the wailing flutes.

“Malopo, you can only participate if you have the [spiritual] gift. It [normally] happens at night and not everyone can take part,” explains Molepo.

He says although initially it was not easy for malopo practitioners to open about this sacred part of mmino wa setšo during the making of the documentary his role as a participant in dinaka eventually helped.

Molepo, a librarian employed by the University of Free State in Bloemfontein says the response to the production which was launched at The Bioscope in Johannesburg last month has been great. His next move is to take it to Limpopo to conduct public screenings, seminars and dialogues.

It’s all part of his journey to keep the custom alive, he says, and ensuring that even with the passing on of elders the knowledge remains. – Mukurukuru Media